I do enjoy escapist fantasy.  The second series of supernatural drama Bedlam is proving to be fun to watch.  Characters, stories, setting. 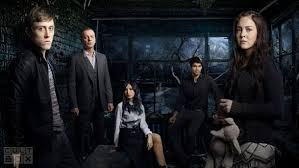 But a recent discovery that I am currently recommending to fans of the vampire genre is the award winning web series Blood and Bone China.     http://www.bloodandbonechina.com/index.html

Blood and Bone China is a feature length Gothic Victorian vampire film that has been broadcast on the internet in 12 bite-sized chunks. It was created and directed by award winning film-maker Chris Stone and set and shot in his home town of Stoke- On-Trent. Made as part of the Stoke Your Fires Film Festival it stars a wealth of up and coming local talent, including 'Hollyoaks' actress Rachel Shenton as journalist Anna Fitzgerald. 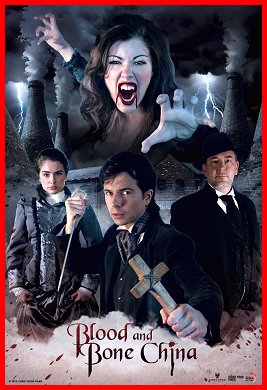 Loved it!  And it really made me think about how the internet has changed opportunities for creatives and opened up previously closed distribution channels for writers.  The future is indeed digital.....
Posted by jane ayres at 22:02