For the first time in years, I have entered a writing contest.  It's the new Costa Coffee Short Story Award and it's free to enter.  Closing date 7th September for an unpublished short tale up to 4000 words.  Open to any writers and judged anonymously.  What can you lose?

For info go to www.costabookawards.com
Posted by jane ayres at 19:48 No comments:

Based in Liverpool, the Reader Organisation "works to promote reading literature as a vital life skill, to give everyone the confidence and ability to find pleasure in reading, to bring attention to the power of reading in contributing to personal and social wellbeing, and to build reading communities in which shared meanings can be constructed across social and cultural boundaries."

There is a quarterly magazine, printed in book format and beautifully produced, publishing a mix of fiction , poetry, interviews, reviews and advice and they also accept submissions from writers.  No fee is paid (they are a charity) but it's a lovely magazine and a great read.

Their submission guidelines are on the website www.thereader.org.uk
Posted by jane ayres at 15:43 No comments:

There is currently a good deal of discussion about the idea of writers, especially those who self-publish, finding themselves pursuing a shadow career in developing their platforms at the expense of their writing.

Shadow career.  I like this term, which is apt in many ways.  In the 1980s-90s my goal was to have what was called a portfolio career – and at one point I was juggling 4 different jobs in order to write.  Recently, I heard another writer who self publishes refer to a mosaic career, which I rather like too.  A more splintered, myriad, maybe chaotic career.  This really did get me thinking.

I’m relatively new to the blogosphere, having set up my blog in December 2011 with a certain amount of trepidation and after a good deal of research.  (Although, bizarrely, I published five posts on the same day.) I’ve also spent the last six months researching self-publishing, especially digital, with the help of some wonderful sites, http://www.thebookdesigner.com/ being a prime example.

I called my blog The Beautiful Room; a place for me to go to express my thoughts, ideas and concerns.  A creative space.  Eight months down the line, I decided to take stock.  What has it become?  I considered first the mixture of reasons I set up the blog:

·         To maintain a regular writing habit, i.e. most days, which I have always struggled with, despite being told by successful authors how important this is.  (I tend to write in chunks consisting of 3-4 day blocks of time whenever I can get fit them in round my job)
·         To express a viewpoint
·         To provide useful information for other writers
·         To raise my profile.  Although I’ve been published for many years, my work is mostly translated into other languages and comparatively little published in the English language
·         To provide a shop window – for Jane Ayres the brand and for my soon-to-be-published-on-kindle-by-myself backlist of titles that have long been out of print and deserve another airing. (the writer Kate Pullinger makes some interesting points  about the backlist and spreadable media on her blog http://www.katepullinger.com/blog/comments/spreadable-media/)

Starting with the first on the list, the blog has consumed several hours a week.  Is this time that could have been spent writing my next book?  Yes and no.  I can blog while I have the TV on and I can’t always write my novel with too many distractions.  I now have a much more regular writing habit, although I don’t blog as often as I feel I should.  I do enjoy it and I have rediscovered the joy of writing opinion pieces, features and essays, which has resulted in me being a guest blogger for the creative website called Creatabot http://creatabot.co.uk/2012/07/10/tick-tock-by-jane-ayres/.  I enjoy reading other people’s essays as well as fiction.  You can think that your thoughts and ideas are totally original until you interact and find (via the internet) that probably millions of others are saying similar things.  And far more eloquently.  Self-doubt can set in.  Before the internet, you might have felt safe in your little cocoon.  It is both reassuring and challenging to make this discovery.

Has the blog raised my profile?  Probably not.  Why do I think this? Ah, the stats.
Sold more books?  I will have a better idea of that by the end of the year, when I hope my entire backlist is out there on the kindle (launching later this month).

Back to the stats.  Here’s the thing.  When I started the blog I was delighted to find there had been 3 views (most likely my friends!).  When I had 20, I shrieked with excitement.  As the numbers built, I was stunned to see that many came from as far afield as Russia and China (until my brother told me that’s where most of the phishing comes from.  Oh.  So these viewers weren’t necessarily interested in my actual content.)  As of today, I’ve had 1028 page views.

And this is the revealing bit, psychologically.  Those stats have an addictive quality, stimulating a need to boost those figures.  I want to be read.  Ouch!  I didn’t think it would matter to me but it does.  Maybe that’s because I’m a writer – or have a massive ego?  Is it better to blog and be little read than not to blog at all?

What should your stats be? Or rather, what figure would make you happy?  A bit like chalking up Facebook “friends”.  Is it territorial pride or merely self-indulgence?

I’ve given myself till the end of the year to make a decision about keeping my blog.  Is it worthwhile?  If I enjoy it, yes.  Is my enjoyment affected by the stats and the thought I may be writing in a vacuum?  I hate to admit it, but yes.  Does it matter?

All I know for sure is that since I started I have got a bit more confident with IT, learned a great deal about writing, a bit about myself and, with the help of all the wonderful writer bloggers already doing it well, I will continue to learn.

I'm really pleased that a piece I wrote for Creatabot is attracting comments.  It's all about e-books, digital technology and issues around permanence/impermanence.  A subject that fascinates me.

Yesterday, I came across the website of a publisher in Canada called BeWrite Books.http://www.bewrite.net/.  They refer to printed books as "treebooks" which I think is a really lovely expression.

Anyway, if you want to read my piece here's an extract....


In a previous post I quoted author Jonathan Franzen, and do so again as his views are thought provoking. Regarded as one of America’s greatest living novelists, he is not a fan of the ebook.

“The technology I like is the American paperback edition of Freedom. I can spill water on it and it would still work! So it’s pretty good technology. And what’s more, it will work great 10 years from now. I think, for serious readers, a sense of permanence has always been part of the experience. Everything else in your life is fluid, but here is this text that doesn’t change.”

When I first read this quote I immediately thought, what a strange thing to say.  An ebook is forever.  Once it’s out there, it’s there until the writer takes it down.  A printed book only exists while it is in print.  And paper and ink can rot, burn, fade and be physically destroyed. Therefore lost in that way.
Then I thought some more about permanence/impermanence.........

Spreadable media and the backlist.....

I've just read a really interesting post by author Kate Pullinger,  in which she discusses the term Spreadable Media, used by writer and academic Professor Henry Jenkins to explore issues around Distribution versus Circulation in our participatory culture.  It's a complex subject and touches on the opportunities offered by digital publishing, which are being taken up by a vast and growing community of writers - especially those of us with an out of print back list.

She refers to her own backlist being "stuck in a kind bookish version of hell.  Rights are spread across a number of different territories, some editions are in print, others are out of print - the whole thing is a big mess.  For the most part, these books are accessible to readers via the secondhand market only (AND DON’T GET ME STARTED ON THAT!).  None of them exist as ebooks.  So, as far as the online circulation model goes, they are dead.  ‘If it doesn’t spread, it’s dead’, Jenkins says.  I need to fix this." 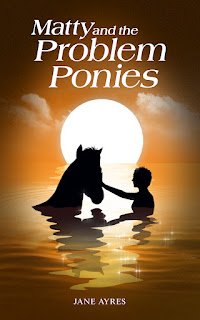 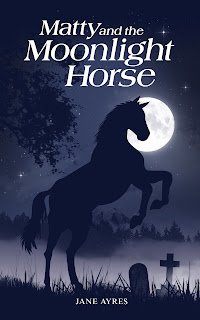 My long held desire to see my many backlist titles get another airing are about to be realised.

Very soon, I will be releasing straight onto Kindle all 3 of the Matty pony books.  Designer Klaus Hartleben has produced some stunning covers as you will see.


All the profits from these books will go the Redwings Horse Sanctuary.
http://www.redwings.org.uk/ 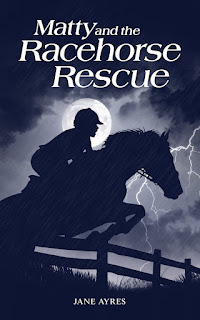 Related posts:
http://janeayres.blogspot.co.uk/2012/10/interview-with-gemma-carnell.html
Posted by jane ayres at 18:09 No comments: