The Lost Pony of Riverdale 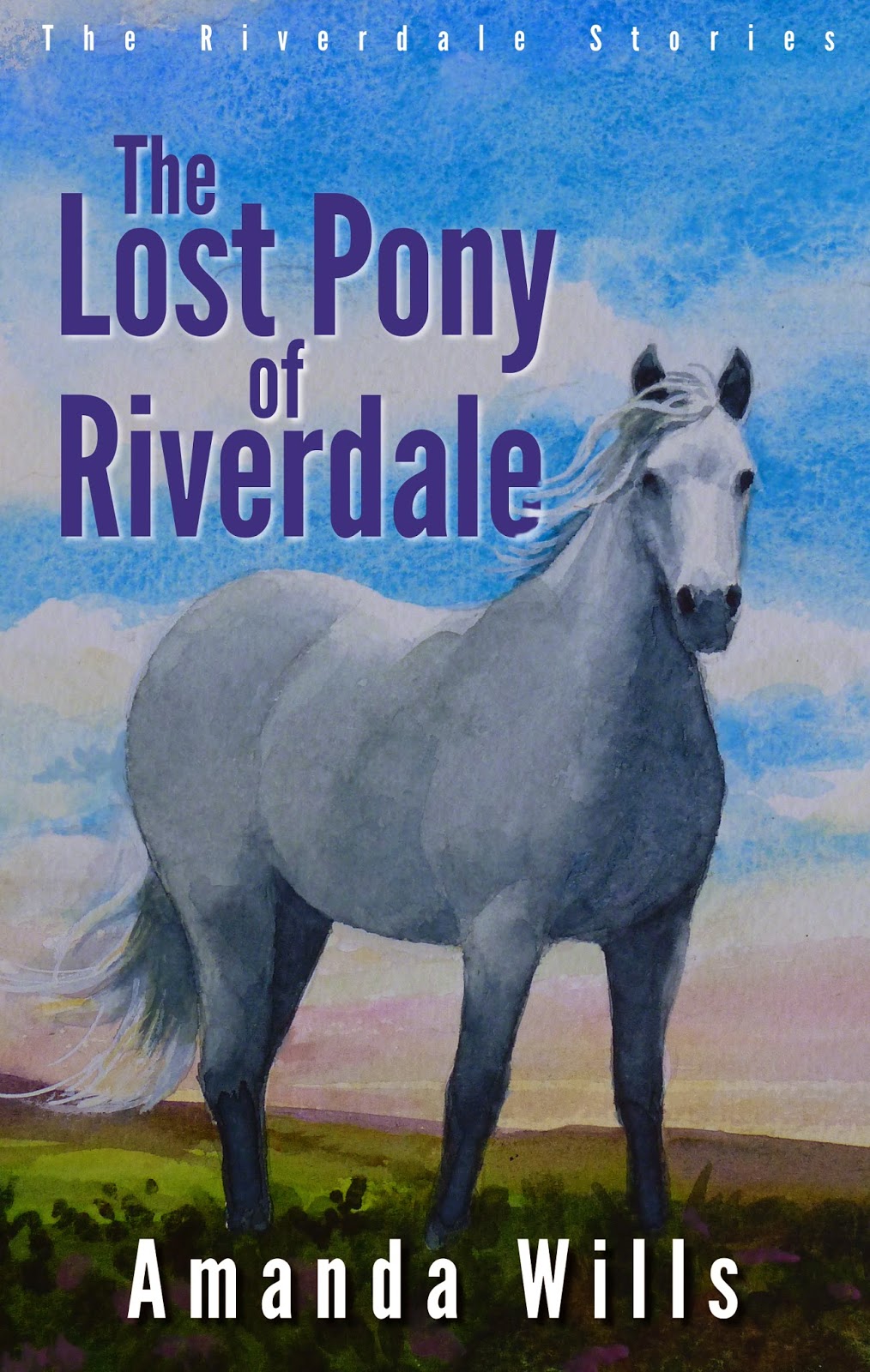 Today I'm mega chuffed to host a fascinating and inspiring guest post from writer Amanda Wills, author of The Lost Pony of Riverdale.  (I love that cover!). Enjoy!

We all know the cliché – everyone has a book in them. According to the late author and intellectual Christopher Hitchens, in most cases that’s where it should stay. I happen to agree with him so, up until about 18 months ago, I remained a frustrated novelist who’d never dared put pen to paper, believing that the world was probably better off without my literary input.

It all changed over the August bank holiday weekend in 2012 when I flipped open the laptop and began writing my first novel, a pony adventure book set on Dartmoor and aimed at pre-teens and nostalgic adult readers. When I look back now at some of the early drafts I cringe. Writing fiction is like anything, the more you practice, the better you get. No-one wins the Man Booker Prize with their first attempt. But I think that’s what puts so many people off writing. You read a beautifully observed and crafted novel and know you can only aspire to being even a quarter as good. So you don’t bother even trying.

Early on I decided I wasn’t interested in writing award-winning literary fiction. I simply wanted to write compelling stories about characters that readers empathised with and cared about. Almost a year later, after much teeth-gnashing, hair twiddling, pen-sucking and head scratching, I self-published The Lost Pony of Riverdale as an ebook on Amazon. But why did it take me until I was in my 40s to write my first novel, when writing has been my career for more than a quarter of a century?

As a child I wrote long, meandering, action-packed stories on anything from my Welsh Mountain pony Smudge to the Roundheads and Cavaliers. My imagination seemed endless and the stories just kept flowing. English was my favourite subject at school and even as a spotty 14-year-old I knew I wanted to write for a living. I landed a job as a cub reporter in the seaside town of Deal and before long I was reporting on one of the biggest stories to ever happen in Kent – the IRA bombing of the Royal Marines School of Music.

In my 21 years as a journalist I covered the whole gamut of life as we know it, from village fetes to murders. I spent the day with Jonathan Aitken when he was a Cabinet Minister - before he fell on his infamous sword of truth - and interviewed famous faces from agony aunt Claire Rayner to sports commentator Harry Carpenter. And although the cynical among you may raise your eyebrows in disbelief, never once did I write a word of fiction.

Five years ago I became a police press officer. I was still writing, but now it was press releases appealing for information about robberies, assaults and fatal car collisions. And so you see, after a quarter of a century reporting the news in one way or another I honestly didn’t think I had it in me to write fiction. That endless flow of ideas I’d had as a child had shrivelled to nothing. I had no confidence in my ability to produce a story that anyone would want to read.

Two years ago my husband Adrian, a fellow journalist, started writing his first novel. He, too, was a frustrated novelist, but he realised that the self-publishing phenomenon gave everyone the opportunity to get their books out there, with or without an agent or publisher. Seeing him tapping away at the computer got me wondering, could I do that? I procrastinated for a few months under the pretext of thinking up story ideas until he told me to stop talking and start writing.

So I did. I stuck with the hackneyed premise that you should write what you know. I had been a horse-mad girl who had devoured pony books by the greats such as the Pullein-Thompson sisters, Elyne Mitchell, Ruby Ferguson and Patricia Leitch. I thought I’d give pony fiction a whirl.  The Lost Pony of Riverdale went on sale in September 2013. I made the decision to self-publish because I was keen to get the book to market as quickly as possible and didn’t have the stomach for endless rejection letters.

The feedback from Amazon readers has been overwhelmingly positive, which makes me glad that I decided to dump the frustrated novelist title and call myself a published indie author instead.  I’ve just finished the first draft of the sequel to The Lost Pony of Riverdale, which has the imaginative working title of Book Two, and which I’m hoping will be on sale late spring 2014.

This fiction writing lark has been a steep learning curve. Although I had a vague idea of the plot for the first book I didn’t do any planning - the characters and story evolved organically. I used the same ‘no planning’ method in the sequel and it’s been a real struggle so I am definitely going to spend more time on characterisation and plot structure before I dive into Book Three.

Adrian and I edited each other’s novels and self-published on the same day. His book couldn’t be more different than mine – it’s a thriller called Deep Sleepers featuring undercover MI5 agent Tom Blake. Now it’s a race to see who can outdo the other on sales. I am happy to report that – for the moment at least - I am in the lead.
And so I discovered that I did have a book in me. Hopefully there are many more to come. Some days I struggle with an empty computer screen and an even emptier imagination, which is dispiriting. But luckily most times when I sit down at the computer, I imagine myself in the shade of the Riverdale tor and the story simply unfolds. It’s alchemic.

Amazon BUY LINK for The Lost Pony of Riverdale http://amzn.to/1ebe0KY

Find out more about Amanda at her website http://www.amandawills.co.uk/ 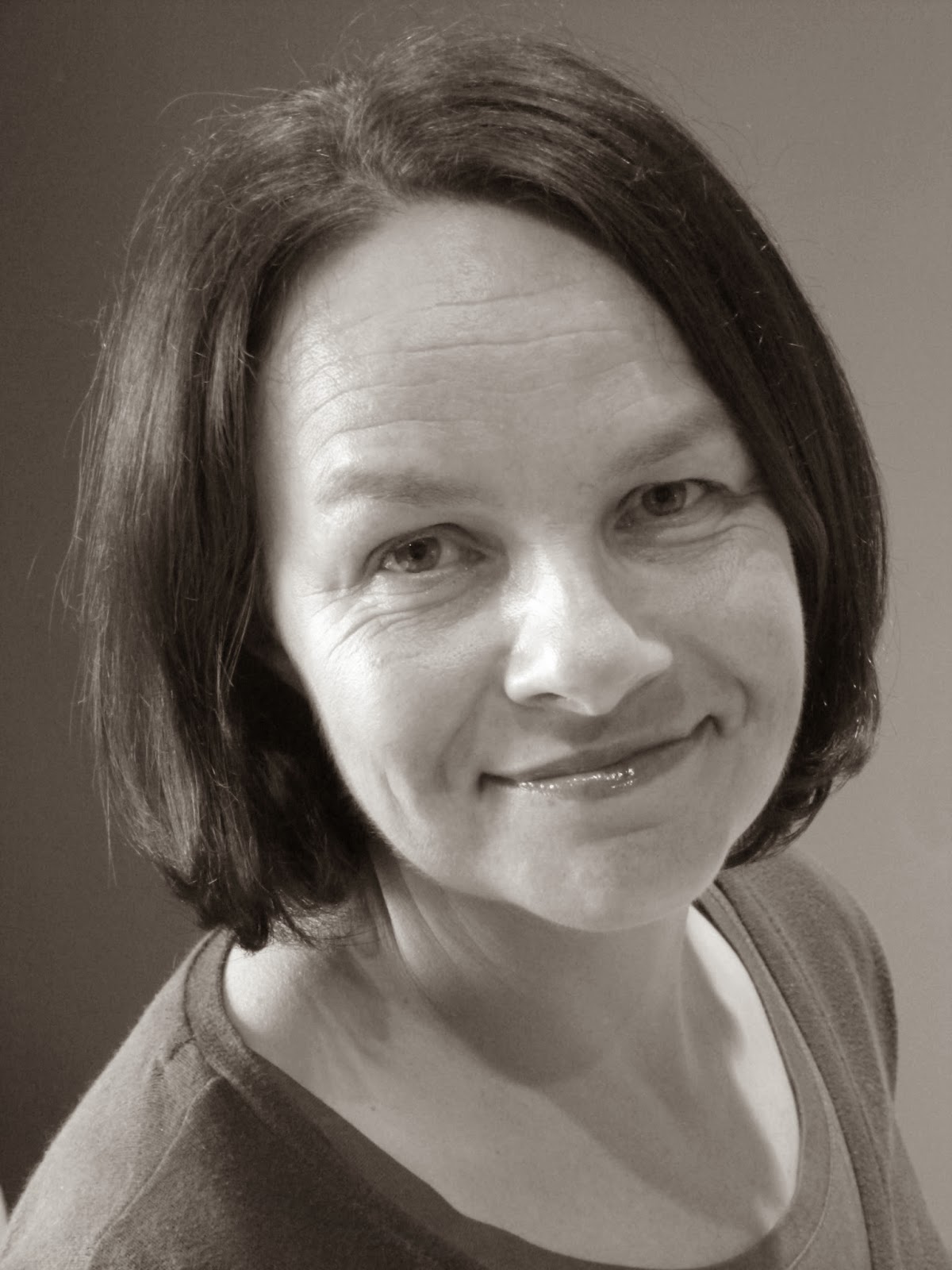