The Horse who Dreamed of Home - out 16 February! Pre-order now! 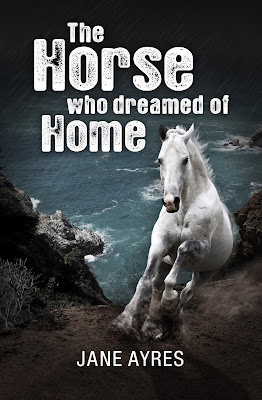 The Horse who Dreamed of Home is now available for pre-order via Amazon - publication date 16 February!

The story behind the story: From Wild Horse Island to the The Horse who Dreamed of Home

There is always a story behind the story.

Wild Horse Island first appeared in print in 1991 in Norwegian and Swedish.  It was my first "proper" horse novel. I'd just been taken on by my first publisher, (then Collins Armada) in 1990, and was sure it would therefore be my first published book.  But instead, they commissioned a collection of new short stories about horses, Horses in the Gallery.  Surely, then it would be the second?  No, they still didn’t want it.

So, it was subsequently translated and published elsewhere in Norway and Sweden - but not in the original English language.  Sequels followed - Return to Wild Horse Island, Stranger on Wild Horse Island and finally, Secret of Wild Island - in a range of languages other than English. I imagined it as a film, and actually had a major animation company interested at one point, in a Hungarian production, but it didn’t happen.

Eventually, in 2012, I got the chance to update, revise and add a whole new section and character to the story, and it was republished as Zephyr of Wild Horse Island in several countries - including the USA, in an American version. On the strength of this, I sent it to 30 independent film production companies, of which 2 expressed an interest, and I met one of the producers in London,  which was very exciting, but despite dialogue and interest, it didn’t progress further.  (Having since completed a film production course a few years ago, and understanding the huge financial implications of making a film, I can see why it was so hard to raise the funds).

So here we are in 2016.  The rights have reverted back to me and for the first time ever, it will appear  in the English language in the UK, albeit updated and revised once more - and via Kindle.  And with a different title, since now there are other books and series available with Wild Horse Island in the title, so to avoid confusion, I had to come up with something different. This was tougher than I imagined but I hope I have got it right.  I'm pleased with what I decided on, and delighted with my cover design from my wonderful designer, Klaus Hartleben.

So, for the first time ever, I have used Amazon's pre-order service.  If you want to grab a copy, it retails at just £2.38 and is available in all Amazon territories.