I’m still in reflective mood after my previous post. Yesterday I went for a run.  I only started running again last week, after recovering finally from two debilitating chest infections which led to my asthma worsening.  Running provides a structure and routine that I lack in pretty much most aspects of my life, including writing.  Especially writing. 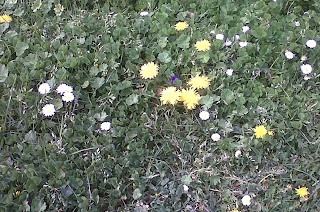 It was good to feel the warmth of the sun, at last, and for the first time in ages my feet found a rhythm again and I was able to relax. Noticing all the flowers in bloom, I was transported back to childhood, walking home from school across the field and picking wild flowers to take back to my Gran. Everyone walked to school in the 1960s and 70s.  My parents didn’t even get a car until the early 70s, but even when more people had cars, the thought of being dropped off by your Mum at school was definitely not cool!  As kids, we were all far more independent, thank goodness.

Anyway, back to the flowers.  Lots of yellows; coltsfoot, celandine, pale mustard, dandelions (which for some reason we thought made you wet the bed), golden buttercups, and a sweet pea-like flower that when paired with purple clover we called egg and bacon. Another purple flower, delicate and intricate, which I think we called vetch, was popular with red ants and you had to be careful to brush the angry insects off when you plucked it from the grass.  Daisies grew in every patch of green. Wild flowers were abundant then. 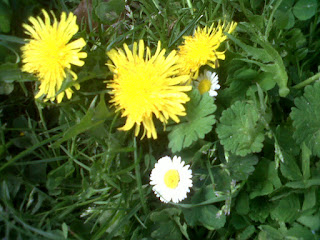 As Mum and Dad both worked, my brother and I had breakfast and lunch with my Gran, or Nanny, as we called both our grandmothers then. Ethel was my Mum’s Mum, a matriarchal figure who had given birth to 15 children, all at home (which for the first three children was a barge on the river Nene).  I used to be fascinated by her long silky grey hair; it reached right down to her waist in a long plait, which she wound around her head.  She had been born in 1900, and I marvelled at the things she must have seen, living through two wars, and enduring endless hardships and challenges. I wanted to know about her past, her childhood, and I was always full of questions which she seemed bemused by.  Why did it matter?  It was past, done.  Life was about the present. She just got on with it. When we lost her to bowel cancer, well into her eighties, she had never spent a day in hospital and passed away in the council house where she had brought up her large family and lived in most of her life. Those women were made of strong stuff.

So, I started out this post running and then moved on to the death of my Nan. That’s what fascinates me about the way memories work and how they are triggered.  I run outside, I see wild flowers, they remind me of childhood and I am back in Nanny’s kitchen presenting her with yet another straggly bunch of wild blooms which she puts in water in a reused jam jar.  And as I write, I am crying for what has been lost. 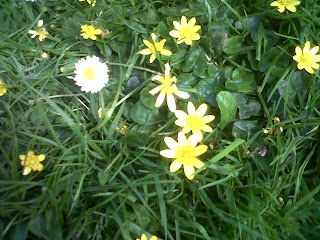 Not long after Nan’s passing, I wrote my second children’s book, Wild Horse Island, and she found her way into the story – a different version of her, but with the same heart.  She reappears in a more recent book, Always in my Heart.  A writer can immortalise that which is precious.

We are constructed from memories.  We are making new ones every second.  How, what and why we remember some things and not others is a mysterious process.  I’ve mentioned before the visionary sci-fi writer Philip K. Dick, who was obsessed with the concept of memory and explores it in much of his huge body of work.  I can really relate to this.  As writers, our memories are a treasure trove of data, sensory experiences, adventures and emotions that we can process, translate and re-invent to create new stories.